How to get here

Thomas Erben began his professional involvement in the art world in 1989, as a private dealer focusing on contemporary American art. In 1993, Lorraine O’Grady’s show Photo Images 1980-91 was the first exhibition organized in his private space, eventually leading to the opening of Thomas Erben Gallery, first located on Broome Street in SoHo. The inaugural exhibition in September of 1996 was an installation by now majorly recognized artist Senga Nengudi.

Over the years, the gallery has organized numerous, often first US exhibitions – now considered historical – with artists like Helena Almeida, Chitra Ganesh, Gauri Gill, Sheela Gowda, Jutta Koether, Fang Lijun, Dona Nelson, Adrian Piper, and Rose Wylie. The gallery has also introduced contemporary art from various geographic areas including India, Pakistan, Iran, and Germany. From the outset, the program has been multidisciplinary, intergenerational, and internationally oriented, showcasing emerging as well as established artists. Conceptually minded, the gallery strives to either recontextualize or expose work that contributes to contemporary discourse.

Thomas Erben has been successful in placing works with important national as well as international institutions such as MoMA, the Whitney, Guggenheim New York, Walker Art Center, MoCA Los Angeles, SF MoMA, the Art Galleries of Queensland and New South Wales, Lehnbachhaus Munich, Museu Serralves, and the Centre Pompidou, to name a few. The gallery has also fostered ties with other prominent galleries, and been accepted at global fairs, including Art Basel Hong Kong and Miami, Frieze London as well as New York, The Armory Show along with more nationally oriented fairs such as the India Art Fair or Art Cologne. 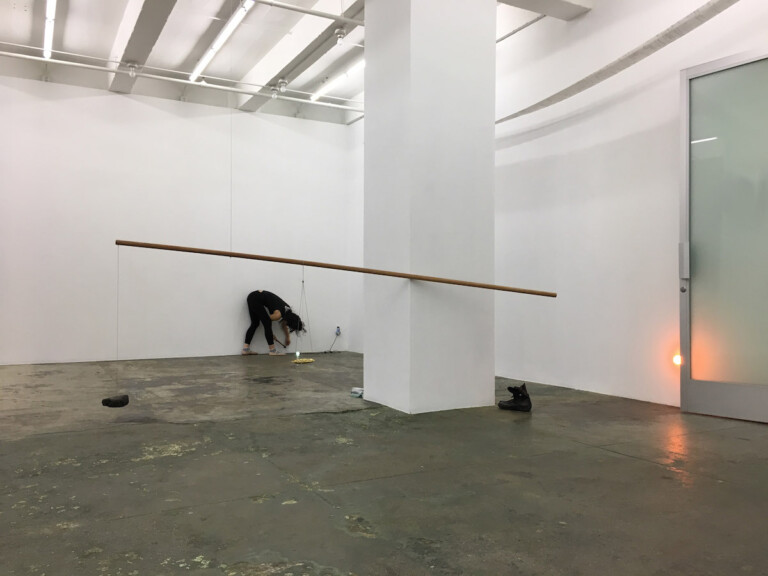 Thomas Erben Gallery is committed to providing a web site that is accessible to the widest possible audience, regardless of technology or ability. Our goal is to enable all of our visitors to successfully access all of our digital offerings.

ThomasErben.com makes available the UserWay Website Accessibility Widget that is powered by a dedicated accessibility server. The software helps us to improve our compliance with the Web Content Accessibility Guidelines (WCAG 2.1).

We are actively taking steps and devoting resources to further enhance the accessibility of our website to meet or exceed applicable standards. We regularly scan ThomasErben.com to identify issues. Despite our efforts to make all pages and content on ThomasErben.com fully accessible, some content may not have yet been fully adapted to the strictest standards. This work is ongoing and we welcome your feedback on how we might improve.

If you experience difficulty with any content on ThomasErben.com or require assistance with any part of our site, please contact us at [email protected] or give us a call at +1-212-645.8701 and we will be happy to assist.